A baker from Hereford, a donut specialist from Derby and a family bakery from Sheffield are among the winners of the 2022 Baking Industry Awards.

The awards, which took place at the Royal Lancaster in London on October 20, 2022, recognize excellence in baking. The winning people, products and companies were chosen after months of judgment involving interviews, product testing and site visits to ensure the winners were worthy of these accolades.

“These awards recognize the best and the brightest the baking industry has to offer, from skilled artisan bakers to industrial manufacturers,” said Amy North, editor-in-chief of British baker. “Bakery is a people-driven business, and the passion and enthusiasm seen across the industry is second to none, as highlighted by each of our winners.

“I would like to extend my heartfelt congratulations to all of our worthy winners and runners-up, and thank our sponsors and independent judges for their hard work this year.”

Here are the winners of the 2022 Baking Industry Awards. Click on each to find out what made them shine:

Peter Doughty-Cook – Baker of the Year

Peter Doughty-Cook describes his business Peter Cooks Bread, which is nestled in the Malvern Hills, as his best achievement to date. He is a hands-on baker who also devotes a lot of time to training his staff. Over the past two years, it has incorporated a greater sense of pace in innovation and product development to complement its core rye-based line and ensure customers keep coming back for more. 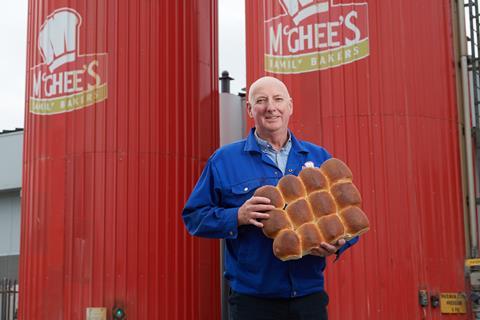 McGhee’s commitment to investing in all areas – especially customer service and loyalty, technology and its 385 employees – is one of the many reasons the judges deemed the company deserving of this accolade. The Scottish family business prides itself on supplying handcrafted products to the mass market through low cost, high volume production lines. 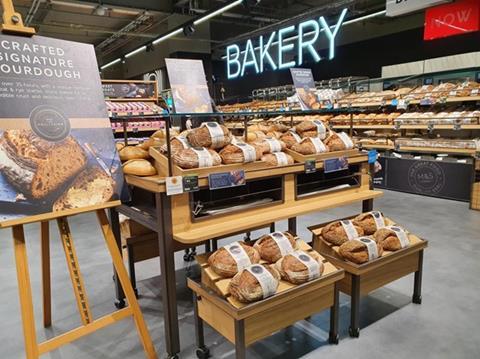 The Marks & Spencer team wowed the judges with their knowledge and passion for baking. Innovation in the formats of its bakeries to build consumer loyalty also won over the panel, as did the new range of sourdough breads. 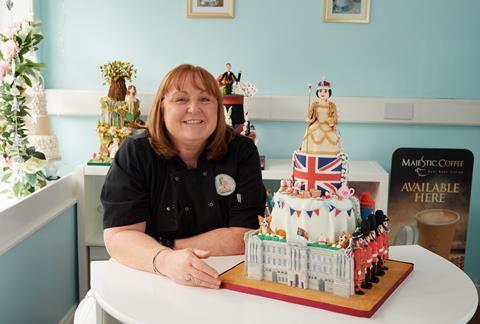 Johanna Moloney founded Caketastic Creations in Manchester 12 years ago. She specializes in making wedding and party cakes to order, as well as a range of sweets including cupcakes, traybakes, traditional pastries, cheesecakes and decorated cookies. A proud royalist, her inspiration for the cake came from a visit to Buckingham Palace. 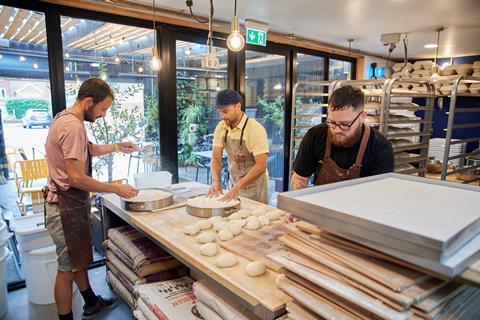 This award is the first of two for The Street Bakeshop, based in Hampshire. The business was opened by owner and head baker Tim Goodwin in August 2020. He trained the company’s five bakers himself, none of whom had industry experience. Goodwin’s vision is to create fantastic baked goods that people love to eat again and again and it’s this philosophy that has made it a destination store. 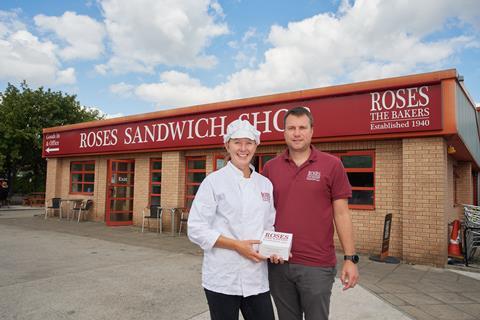 Sheffield-based Roses the Bakers impressed the judges with its use of high-tech ordering kiosks to transform the customer experience. Instead of taking orders, her staff can now focus on making delicious made-to-order sandwiches for hungry customers. 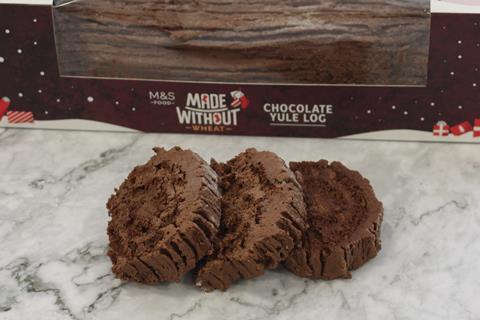 Sweet bakery maker Baker & Baker tried and tested 40 recipes for its gluten-free Yule log before finding the winner. Designed for Marks & Spencer, the festive treat features a gluten-free chocolate rolled sponge cake with a chocolate buttercream filling and a dusting of sugar. 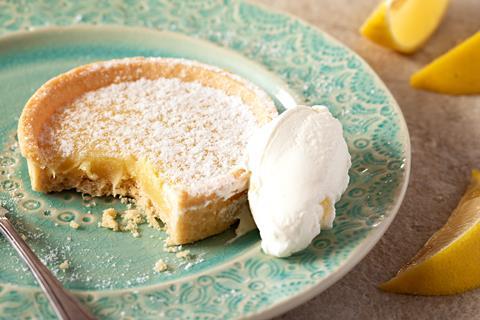 When Life Gives You Lemons, Lemon Pie from Bells of Lazonby – New Baked Good of the Year

Bells of Lazonby wanted this vegan, gluten-free lemon pie to stand against conventional baked goods. She succeeded, praised by the jury for who said: ‘It lacks nothing against a traditional lemon pie’ as they praised its ‘tangy flavor with a well-cooked crispy batter’. 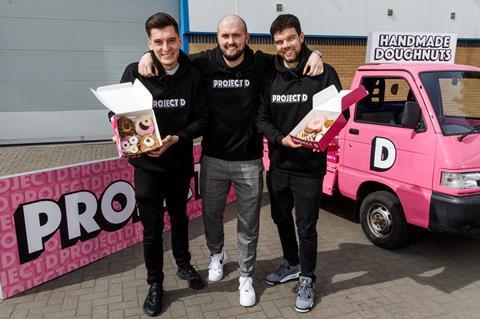 Project D has made great strides since its inception in 2018. The Derby-based donut specialist was originally aimed at the UK’s high street but shifted to a predominantly online business when the pandemic hit . The delicious, brightly colored donuts, combined with a quick and easy ordering system, won over the judges. 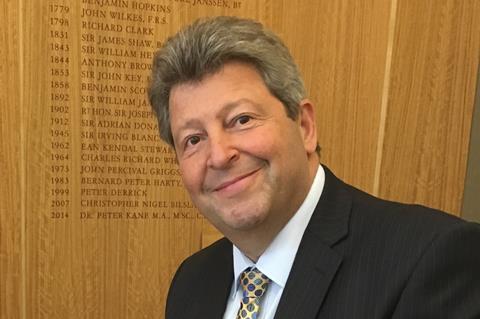 André Sarafilovic has had a long and illustrious career, volunteering his services to various business organizations and organizations, running a hugely successful business and establishing a charity to help give back to the local community. 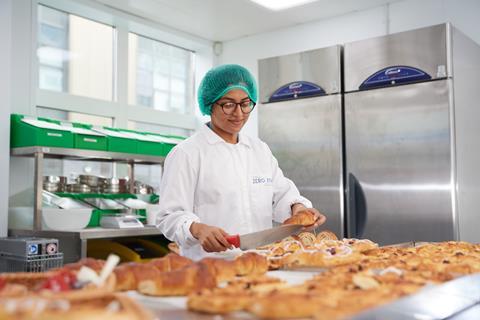 Nishitha Kannan’s thirst for baking knowledge and dedication to technical and professional development is what impressed the judges so much. While pursuing her Masters in Food Science and Technology at Cardiff Metropolitan University, she was named “Next Generation Baker” for Puratos. 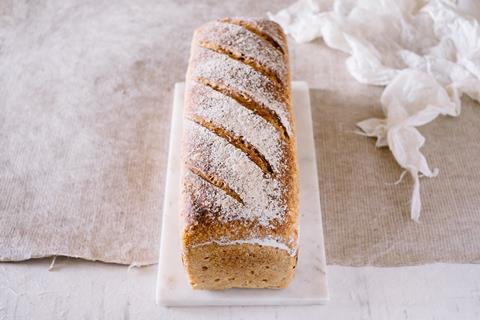 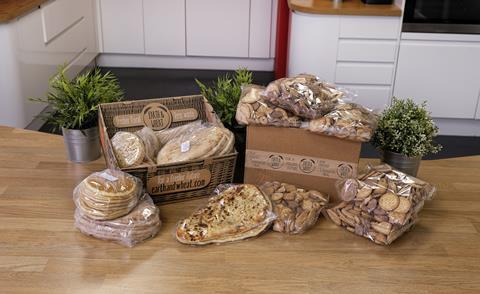 The concept behind Earth & Wheat, which launched in 2021 as the world’s first ‘wacky’ break subscription service, saves baked goods that would otherwise be thrown away due to their odd shape. It’s aimed at eco-conscious consumers and families who subscribe to receive a next-day delivery box containing a random mix of baked goods – from wacky crumpets and pittas to pancakes and naan bread. 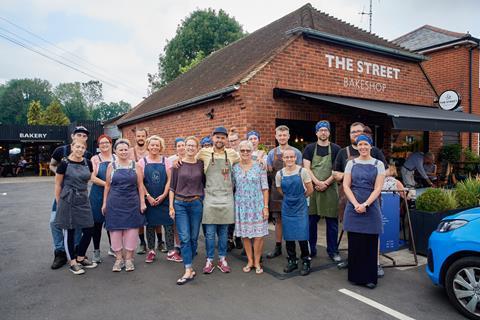 The Street Bakeshop – Team of the Year

Hampshire Bakery’s second win celebrates the teamwork on display. The judges said the senior team’s subtle and thoughtful leadership was evident, helping to unravel the best of the talents of the 35 staff.

One of the many ingredients facing shortages due to harvest conditions and the war in Ukraine are fats and oils, especially high oleic specialty oils and palm. There are several ways bakers can alleviate the headaches associated with the current shortage of high oleic and palm fats and oils. They can switch to base oil […]

TORONTO — Bell Media is touting a post-pandemic madness on original Canadian series, with its flagship CTV leaning into competition shows while streaming service Crave is distinctly adding Canadian comedies to its lineup. The media giant on Thursday detailed a series of local orders for advertisers, which also featured several BIPOC-run shows at its properties, […]